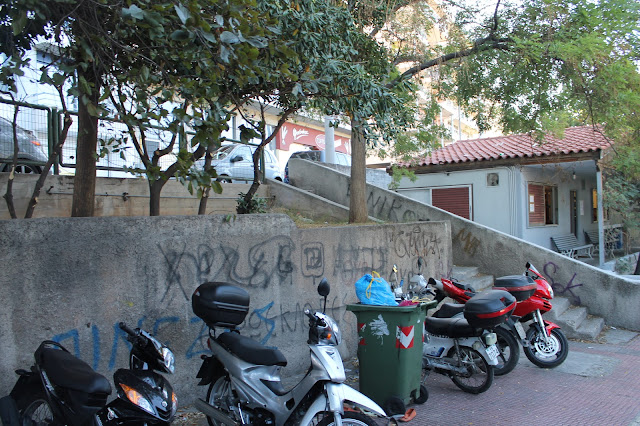 Not so much to tell. We had planned to rest for at least a day, which we did. Neal and Alex stayed to visit the historical part of Athens, while Guéric, Céline, Marc and myself decided to go to Aegina, the closest island from Athens. The thing is that everyday something happens here, so there was a strike of the railworkers, metro, tram, trains...


We took a bus to Piraeus, passing through several Athens neighborhoods. We saw the big headquarters of the stalinist KKE – quite impressive, compared to the small office of New Democracy. Arriving at Piraeus, we could feel the presence and see the traces, slogans and logos of the nazis on the walls. "Welcome"...

We took a long boat trip to Aegina (1h30'), a big and empty boat...We arrived on Aegina and decided to taste their famous pistachios, but the price was around 5 euros for 400g. I don't know if Greek people can still buy their own pistachios at that price. The island was lovely and quiet, we walked there for 2 hours seeing almost no one except a lonely little dog who followed us, disappointed that we had no food. 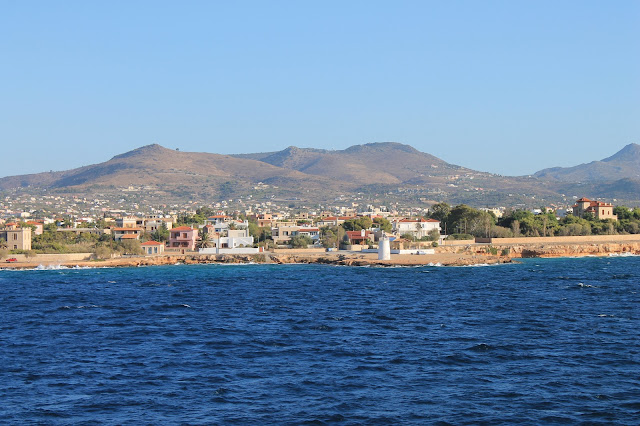 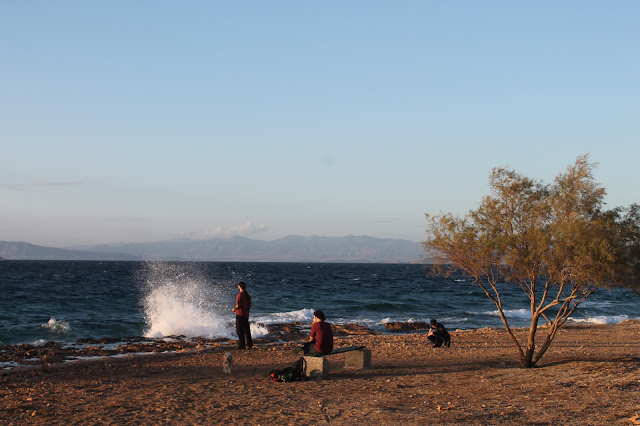 With sunset approaching, we left in a fast boat to join Neal and Alex, and also Tassos Anastassiadis, journalist and trade unionist and his friend Andreas, a teacher, both members of OKDE-Spartakos, in a famous restaurant in the touristic area. It's the only place where you can have the illusion for a moment that nothing happens in Athens. We managed to talk about everything, including the Belgian situation and the problems of the left in general in Greece, with traditional live music on the background. 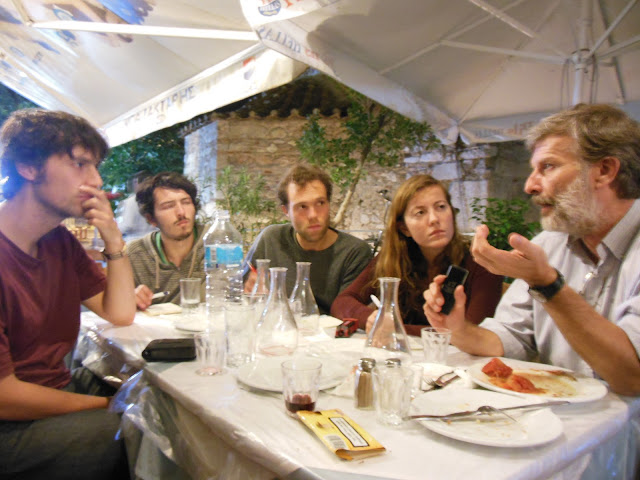 Turning back to the hostel @2am, we checked our plans for Saturday: a meeting with trade unionist Flora Papadede (public service of electricity, also in Catastroika), then Maroussa Diacoyannis, indignant citizen who just decided to go back to Greece, unlike many young Greeks with qualifications. Then the comrades Antonis and Tassos from Radiobubble will do a short interview with us. Next we'll see our feminist comrade from OKDE, Dimitra. After that we'll meet a couple more comrades: Katerina, journalist, trade unionist and specialist of healthcare and education, and her boyfriend who's involved in the antifascist movement. And then we'll drown all this in Tsippouro/raki/Mythos (greek lager beer) in a party in Exarchia with the comrades of OKDE!